As part of the follow up to the 2016 New York Declaration, the High Commissioner for Refugees has proposed a Global Compact on Refugees in his annual report to the General Assembly in 2018.

The United Nations High Commissioner for Refugees was given the task of developing and proposing a new global compact on refugees in consultation with States and other stakeholders, based on the comprehensive refugee response framework set out in the New York Declaration (Annex I).  That process comprised a series of thematic discussions and meetings in 2017 followed by formal consultations on successive drafts between February and July 2018.

The global compact on refugees is a unique opportunity to strengthen the international response to large movements of refugees and protracted refugee situations. It builds on existing international law and standards, including the 1951 Refugee Convention and human rights treaties, and seeks to better define cooperation to share responsibilities.

Its four key objectives are to:

- Ease the pressures on host countries;

- Support conditions in countries of origin for return in safety and dignity. 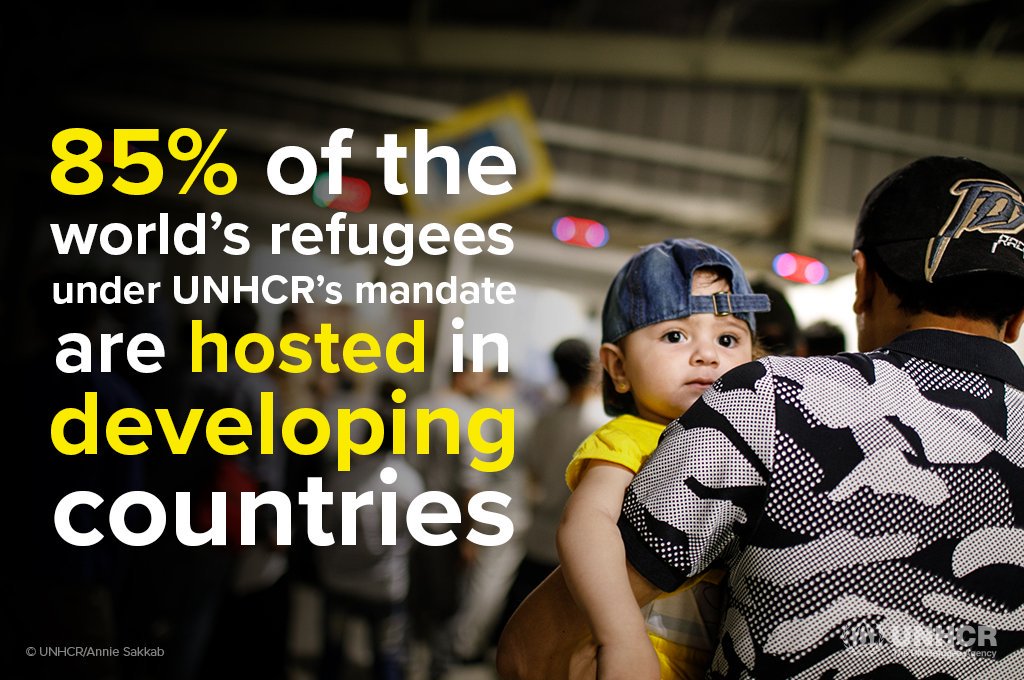 There is a single global refugee crisis and developing countries are rising to the occasion to extend a helping hand. (Photo: UNHCR)

Follow the process towards a global compact on refugees.

Learn more about what it means for refugees and host communities at UNHCR’s storytelling page –   a new deal for refugees.